DR. SHANNON KENNEDY: Mission Critical Operations, that’s a term that is now been talked about quite a lot on the campus of Cleveland Community College and it has to do with the 23 million dollar grant that we received from the Department of Labor I have with me today Mitch Sepaugh and Jonathan Davis they are the two co-project managers for this new grant project and we’re gonna talk a little bit about what the grant is for and what it means to the college and then we’ll join a panel discussion we held recently with Doctor Jill Biden and the Secretary of Labor Thomas Perez that happened recently on our campus. 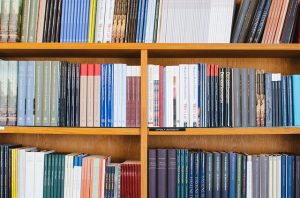 So, first, Mitch, let me ask you a little bit about what mission critical operations is and how that relates to this grant this funding that we’re receiving. MITCH SEPAUGH: Okay, briefly mission critical operations is any system or technology that a company relies on for their daily business that is central to their staying in business when that piece of technology goes down then the company’s basically shut down. They have to to either turn customers away or sent employees home and so what we’re doing is developing a curriculum towards being able to train technicians to maintain systems like that that are hybrid systems of electrical and mechanical and computer based systems to keep those systems up 24/7 DR. SHANNON KENNEDY: Alright, Jonathan so that’s a real basic definition that the grant does involve more than just developing the curriculum Do you want to talk about some of the other things: the certifications and equipment why that is a unique kind of project.

JONATHAN DAVIS: Yes it is unique in the fact that we don’t we’re not aware of any other curriculum across the country that exists that’s quite in a hybrid nature like this curriculum in addition to the to the curriculum that we will develop we’ll also work with our industry partners to development in she recognized certification both in information technology and in industrial systems in mission-critical operations so that we will have are a credential that our students can earn that is a verified by industry.

DR. SHANNON KENNEDY: So Mitch, one of the unique things about this project is you know, 23 million sounds like a lot and it is and 13 million goes to Cleveland Community College but there are other partners so that I think that brings a little unique aspect to it. You want to talk a little bit about the partnership MITCH SEPAUGH: Sure, our partners are Nash Community College Wake Tech Community College, both of those here in North Carolina Moultrie Tech Community College in Georgia and University of North Carolina at Charlotte is our university partner and each other schools gets a piece of that ten million dollars that is left in the grant and each one brings a different area of expertise to the table. Nash is bringing emergency services emergency preparedness and disaster recovery Wake Tech is bringing big data analytics and virtualization and UNC Charlotte is bringing an articulation program for students that once they graduate here they can move on to university studies they also bring a cybersecurity part to this so we can work with industrial cybersecurity which is a major component of the grant and then Moultrie Tech is also bringing to us a remote telepresence a system that they’ve developed, not only for work another community colleges and industry, but also for working in high schools so we can create a STEM pipeline DR.

JONATHAN DAVIS: Yes, our students were working on their Cisco Networking Academy labs where they connect routers and switches and on that day we were working on a “what if” scenario. We were trying to connect a network in Shelby to a network in Charlotte. The students must configure the the routers and switches for end to end connectivity and then verify that connectivity to make sure that it works so that’s what we demonstrated in the lab to both Dr.

Biden and Secretary Perez DR. SHANNON KENNEDY: Okay why did we want them to see that? What does that have to do with the student curriculum. JONATHAN DAVIS: In the new curriculum ,being a hybrid format, bringing the IT side of it into into play, communications and connectivity is vital to a company, vital to any company especially mission-critical operations You know, networking and connectivity is what it’s all about DR. SHANNON KENNEDY: Great and then Mitch we went to a lab where we do several programs, automation being one of them and you demonstrated a telepresence type of scenario.

So, explaining why that, how that relates, a little bit about that stop on the tour and how it relates to the project MITCH SEPAUGH: okay one of the key features in this grant is a distance learning component to it and the the problem with a lot of distance learning for work like Jonathan and I do that is very technical and hands-on is the students when they’re at home trying to do their distance learning they don’t have access to some of the same equipment that the student on campus would have so the telepresence session that we did was a remote control session basically where we took a laptop and we went online over the internet and then came in and controlled a piece of equipment in our lab and students will be able to do that as part of this project from wherever they are.

Whether they’re in Georgia or whether they’re out east in North Carolina or or whatever will be a little reach into our laps and control equipment and we’re planning to role that out at all five campuses DR. SHANNON KENNEDY: Okay so how they relate to each other, you are connecting from Shelby to Charlotte for the networking well maybe this was in the same room but it still was actually in the distance so they are related right, yes, so you’re saying you had to have the internet so so even though those aren’t exactly what mission critical operations are, both of those are gonna be tied two components in the in the program. Correct? JONATHAN DAVIS: yes MITCH SEPAUGH: Right. they’re pieces of the puzzle. DR. SHANNON KENNEDY: Right so now one of the things that people have been asking you know they see this is supposed to be put people back to work Department of Labor grant but we’re really developing curriculum in multiple pathways so it’ll be awhile before there’s anything really to see Is that correct, Jonathan? JONATHAN DAVIS: It is, you know we have the first year this really first 18 months-ish to develop the curriculum and so we won’t begin to see students enroll in this curriculum until at the end of about 15 -18 months I think we are planning a start in Fall of next year so Fall of 2014 and of course we have to get this curriculum approved by our curriculum committee.

It has to go to the state community college system, there’s a lot to do between now and then to make sure that they we’re ready for Fall DR. SHANNON KENNEDY: Okay so well, something to be looking forward to and will be communicating that and now we’re going to go ahead and join our panel discussion that happened on November 18 here on the campus of Cleveland Community College .